What is the Digital Dollar, and What Potential Benefits Does it Bring? Did you know that the United States has been pushing for the digitization of the dollar? There are certain benefits and detriments to doing so, but we wanted to go over some of them today so you can see how such a thing–digitization–might benefit your company. We’ll take a closer look at the legislation today.

President Biden signed an executive order, along with other calls to action, to research the implementation of a United States Central Bank Digital Currency, or CBDC, lawmakers in the House of Representatives introduced a bill—H.R. 7231, or “Electronic Currency and Secure Hardware Act”—to enable the US Treasury to create a digital dollar. This electronic currency, called ECASH, would allow for practically instantaneous transactions and reduced processing fees. ECASH is not a cryptocurrency; rather, it’s classified a bit differently.

This all came about as the Federal Reserve tested out a new digital currency system codenamed Project Hamilton in February. This system was researched and developed for several years by the Federal Reserve Bank of Boston and the Massachusetts Institute of Technology Digital Currency Initiative. At its height, Project Hamilton reached about 170,000 transactions per second, so while this is a promising initiative that could have significant merit down the road, it still has a long way to go before it’s replacing the reserve currency.

The Benefits and the Drawbacks

There are many benefits to digital currencies, including the ability to extend payments beyond borders, something which could speed up processes and payments for businesses. Additionally, United States Representative Ayanna Pressley states that it would help create wealth inclusivity for “black, brown, and low-income communities.”

All that said, CBDC doesn’t exactly guarantee privacy, even in situations where zero-knowledge proof technology is in place, allowing a system to confirm the existence of knowledge without revealing what kind of knowledge it entails. This means that you’re relying on the government to back the digital dollar while keeping the protections in place afforded by zero-knowledge proof, and that is hard to do without changing personal privacy settings over and over.

Additionally, ECASH is hindered by a spotty Internet connection, something which unfortunately plagues many parts of the country still. This was brought to attention by Representative Steven Lynch, the primary sponsor for the ECASH Ac, citing issues with infrastructure that could impact it on a fundamental level.

Now, returning to the privacy challenges associated with ECASH, founder and research scientist at MIT Cryptoeconomics Lab Christian Catalini sees a future where ECASH could rely on another plastic card. This card would be the substitute for cash, and it would have additional features built into it. The logic behind using a card is to limit the data shared to just the successful transfer of payment.

Other challenges are associated with criminal activity, or more specifically, how to avoid it. Full privacy is virtually impossible, as it could otherwise be used to facilitate crime. ECASH also lacks ledgers, meaning that the government would have to issue dedicated hardware to each and every citizen utilizing ECASH with limits on how much the device can hold. It’s also unclear how funds would get added to the device, as well as how authentication would factor into the transactions.

Catalini predicts that these challenges and others will hold up ECASH for at least five years, perhaps even longer.

What Do You Think?

After thinking on ECASH for a bit, what are your thoughts on it? Would you rather your funds go entirely digital, or would the idea scare you? Be sure to take part in this discussion, as it’s an important one that could impact your operations in the future.

Tags:
Technology Cryptocurrency Bitcoin
You’ll Want to Get Rid of This Mobile Malware
Avoid Phishing Attacks by Checking Out These Link-... 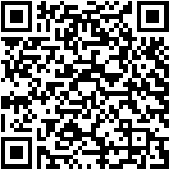