You’ll Want to Get Rid of This Mobile Malware

Mobile malware isn’t as common as it is on desktops or laptops, but it does still exist. In fact, recently Google had to remove quite a few applications from the Google Play Store because they were infecting smartphones with malware and adware. If you have any of these apps, you need to take immediate action to uninstall them.

Before we get started, it’s worth mentioning that these apps are no longer on the Google Play Store, but this doesn’t mean they aren’t on your phone or tablet. A report by the security researchers at MalwareBytes details the apps affected, and Google took action to remove the apps from the Play Store and ban the developer.

In order for users who have previously installed these apps on their devices to be safe from malware, they must manually uninstall the apps from their devices.

The four apps in question were developed by Mobile Apps Group, and they are as follows:

Some of these apps had greater than one million downloads on the Play Store over the course of two years, so think about how many people could have been infected by these threats!

The apps have a sort-of delayed response time where they don’t immediately launch attacks against the user. After the first pop-up displays, the malware waits for two hours before displaying the next ad. From here, the apps are capable of opening Google Chrome tabs to display advertisement links to generate profit for the developers.

This malware is notable in that there is proof discovered by security researchers that the app has been reportedly “clean” for periods of time to throw people off its scent. The apps themselves use several different tactics to remain hidden and undetected, thus categorizing this threat as a trojan type malware.

If you have downloaded any of these applications, you should take steps to remove them from your device. You can do so by long-holding the app on the app screen and selecting Uninstall. And, of course, make sure you are only downloading apps from the Play Store from trusted and well-known developers in the future.

Tags:
Security Malware Mobile
Build Workforce Focus With These Strategies
What is the Digital Dollar, and What Potential Ben... 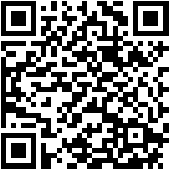