Today’s IT Facts Were Inspired by Fictional Technology

When the minds that gave birth to classic science fiction technology first introduced it to the world, there was no way they could have seen a future where their ideas could be considered a reality. However, the ideas introduced in pop culture have inspired the brains of today to achieve great, and sometimes bizarre, things with technology.

While the iPad, first introduced in 2010, was the first widely used tablet, its inspiration had admittedly been attributed to the PADD from Star Trek. The PADD, or Personal Access Display Device, was a handheld device that the Starfleet crew used to access certain information, not unlike the tablets of today.

Apple tried to copyright the form factor for their new tablet, but thanks to Stanley Kubrik using it in 2001: A Space Odyssey, the attempt at copyright ended in a failure.

Self-driving vehicles were first seen in 1990’s Total Recall, where the main character, Douglas Quaid, uses an automated taxi cab to escape from his pursuers. Even though he has to manually take over the system, the technology itself was present.

By today’s standards, MP3 files are somewhat outdated, but the audio file format first burst onto the scene with Star Trek: The Next Generation. In the scene, an android named Data listens to tracks composed by four separate composers, all at the same time. When asked to “thin it out a bit,” Data asks the computer to turn off each track in succession, proving that all of the music was, in fact, digital.

If the connection seems like a stretch, Karlheinz Brandenburg (the inventor of the MP3 file format) cited this precise scene as what gave him the idea.

It’s practically impossible to find someone who doesn’t have a mobile phone, and with smart watches and other wearables increasing in popularity, the same can be said for those. These two technologies first emerged in the 1930s and 1940s serialized comic Dick Tracy. The detective possessed a watch that also worked as a two-way communicator with the authorities.

You may have heard that the USS Enterprise inspired the concept of the modern cell phone, as the first mobile phone’s inventor, Martin Cooper, had cited these communicators as such. However, Cooper recently issued a statement claiming that Dick Tracy rather than the USS Enterprise was the true inspiration for his work.

If you have watched Star Trek, you will be familiar with the replicators used by the crew to create objects. These devices served as inspiration for the modern 3D printer.

3D printing itself involves running a strand of material in a computed pattern until an item is created, but the one most similar to that used in Star Trek uses rays of light to shape objects all at once. The creators of this 2019 device cite Star Trek as the clear inspiration for its creation.

The Defibrillator, Suggested by Frankenstein

In chapter five of her 1818 work—which many see to be the first piece of modern science fiction—Mary Shelley includes little detail about her fictional scientist’s process, but includes a telling quote in the fifth chapter:

“With an anxiety that almost amounted to agony, I collected the instruments of life around me, that I might infuse a spark of being into the lifeless thing that lay at my feet.“

Many have attributed the idea of this “spark” to being a spark of electricity, so it’s no surprise to think of it as the primary inspiration for the defibrillator, a device that would receive its own “spark of being” in 1930.

Can you think of any other technologies we may have missed with today’s blog? Be sure to let us know in the comments below.

Facebook Twitter LinkedIn
Tags:
Technology Innovation Miscellaneous
The Features That Fuel Today’s Strongest Note-Taki...
How to Figure Out How Much Your Cloud Costs Will B...

More posts from author
Friday, 20 May 2022 Lawyers Can Really Benefit from Technology
Wednesday, 18 May 2022 The Key to Ensuring Hybrid Workplace Success: Prioritize Remote First
Monday, 16 May 2022 Enhancing Your Organization’s Email Security Is a Good Plan

By accepting you will be accessing a service provided by a third-party external to https://martechoa.com/ 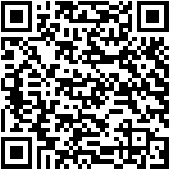